Technological Advancements That Will Change Insurance

Posted by Quoteasy Insurance on September 28, 2016

Although it may seem like your insurance policies are catered to your current and specific information, they are traditionally determined by statistics and probabilities based off of your insurance history. However, new and exponential technologies such as sensors, and genomics will change that all.

A new wave of technology is immersing. While sensors have already been applied in the insurance world, such as Progressive Insurance’s Snapshot automotive sensor package that tracks how well you drive; they are now being introduced into a completely different field. Within the next 5-10 years, health sensors will be hitting the market. These sensors will not only help track how much you exercise and what you eat, but also lower your health insurance cost. Numerous health insurance companies are already attempting to put this into effect, starting with a company called Oscar. Their mobile app allows you to speak with a medical reference, as well as order prescriptions without leaving the comfort of your home.

Another major innovation that’s currently being looked into by every major car company is full or partial autonomy. For those who aren’t aware, these are the vehicles that do not require a driver, and can navigate themselves. Although these may be beneficiary to consumers because they are projected to reduce accidents by up to 90%, this may be the beginning of the end of car insurance. Many people would question why they needed a car insurance policy if they never drive, thus leading to a dramatic decrease in the car insurance industry. Discussion about whether the liability will fall on car manufacturers will also be a relevant battle between the auto industry and auto insurance providers. However, this kind of market shrink will not appear for another 50 years or so, so as of right now it is not an issue.

A federal law passed in 2008, called the Genetic Information Nondiscrimination Act (GINA) was intended to protect people from genetic discrimination. You may be thinking… how is it possible for a person to be discriminated against due to their DNA which is invisible to the human eye? Well actually, when this law refers to “genetic discrimination”, they are simply talking about the misuse of genetic information. In my opinion, life insurance companies will ultimately benefit from this genetic information because they can use the records to help their clients live longer and healthier. And not only is saving the elderly important, but the longer they are alive, the more insurance premiums they can pay right?

It’s safe to say that one of the major topics up for discussion in this point in time is insurance, whether it be life, home, or auto. And this isn’t the end of it either, so brace yourselves for a world with too much technology to handle. 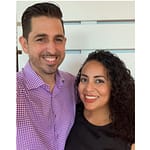 They are so easy to work with.Justin S., Miami, FL
SS
Easy, quick, professional, accurate, called back when he said he would! HighlyStephanie S., VALRICO, FL
JG
Alejandro is very knowledgeable and easy to work with.Javier G.
AG
Excellent Service and attention to detailTampa, FL
RC
These guys are awesome. They have excellent and very friendly customer serviceRoberto C., Miami, FL
See All ReviewsSee All Reviews

Benefits of Using Our Agency